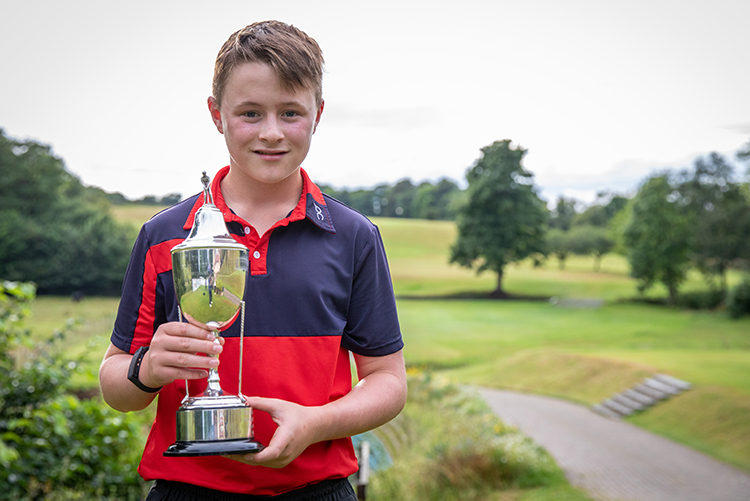 More than 150 young golfers will tee it up this week as the Scottish Boys’ Under 14 Open and Scottish Girls’ Under 16/ Under 14 Open get underway. Both events will take place across Sunday 7 and Monday 8 August.

Taking place at Troon Darley, the format of the Scottish Boys’ Under 14 Open will be 36-hole strokeplay, with one round on Sunday and one round on Monday.

In 2021, it was Gullane’s Cameron Mukherjee who claimed the title with a two-shot victory at Kirkcaldy Golf Club. Cameron will be in the field again this week as he looks to defend his trophy, no doubt spurred on by his brother Oliver’s victory in the Scottish Men’s Amateur Championship last week.

However, Cameron will face tough competition for the title this year, with players from Scotland and across Europe vying to be crowned this year’s winner.

There will also be a prize awarded for the under 12 age category, won by England’s George Cooper in 2021.

A full list of tee times for Sunday’s opening round can be found here. Scoring from the Scottish Boys’ Under 14 Open will be available here.

The Girls’ Amateur Championship will be held at Forfar Golf Club over 36 holes, with one round of strokeplay on Sunday and Monday.

In 2021, Lincoln’s Ellise Rymer finished on top in the under 16 event, four shots clear of her nearest competitors, including a chip-in eagle on the final hole. In the under 14 event, Sadie Adams claimed a seven-shot victory.

Some of the past under 16 winners include Bronte Law, Leona Maguire and Carly Booth. In the under 14 event, recent winners include Hannah Darling and Grace Crawford who have gone on to have a host of further successes.

There will be several Scottish hopefuls at this year’s event including Freya Russell, Summer Elliott and Ruby Watt, fresh off of competing at the Home Internationals at Downfield.

There will also be a prize awarded for the top under 12, won by Millie Hixon in 2021.

A full list of scores from the Scottish Girls’ Under 16/ Under 14 can be found here.