Thom and McCloskey hit the heights at Pitlochry 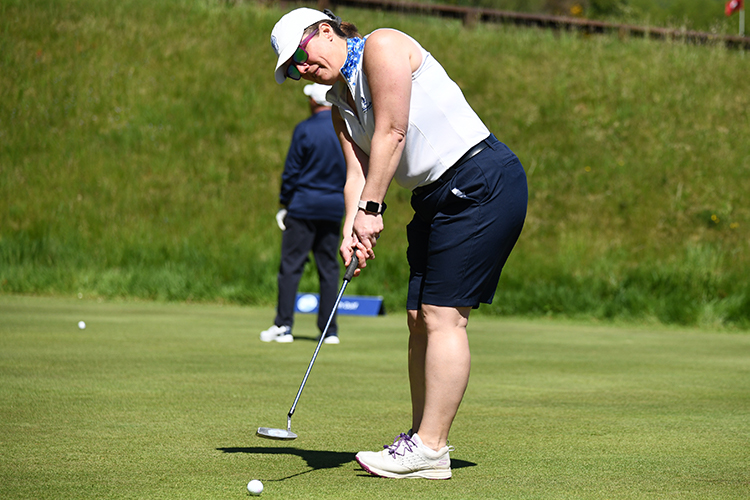 Andrew Thom from Ballater took full advantage of the glorious sunshine to card a net three under par 66 and win the men’s competition at the Scottish Medals Final North at Pitlochry.

The seven-handicapper got his round off to a great start when he carded a net birdie on the 419-yard par four second and he added another on the fourth before recording his third net birdie of the day on the 15th. He was a model of consistency never shooting worse than net par in a gross round of 73.

Thom’s three under par net total gave him a two-shot victory over Braemar one-handicapper Oliver Till and means that both will now progress to the Scottish Medal Finals Grand Final to be played at The Duke’s St Andrews on Sunday 15 August.

They will be joined by Grant Duguid (Dunecht House), Paul Keith (Pitlochry), Jamie Connelly (Carnoustie Caledonia) and Graham Miller (Drumoig). Duguid carded a two over par net 71 to claim third place one shot ahead of Keith and Connelly. Miller returned a four over par net 73 and then collected the last of the six available qualification places after a card countback with Dougal Spaven (Pitlochry), Graeme Reid (Peterculter) and Michael Dalgarno (Craibstone).

“It was nice to play consistently for a change,” said Thom. “I haven’t been playing much because we had a baby a couple of years ago but anytime I do get out I seem to play some good golf but then have three or four bad holes.

“Today was different. I was nice and steady. I seem to play well at Pitlochry. I had only played it once before in a mixed event a couple of years ago but we won that as well.

“I’ve never played The Duke’s before but I’m looking forward to it already.”

The women’s competition was won by Joanne McCloskey from Kippie Lodge Sports & Country Club who returned a one under par net 71 to finish two shots ahead of Hazel Dean (Muthill). Lynne Tough (Kemnay) and Morag Wardrop finished tied for third place on two over par 74 while Caroline Reid (Hopeman) and Janette Kennedy (Blair Atholl) also qualified for places in the Grand Final after sharing fifth place one shot further back.

McCloskey dropped two shots to par at the ninth to go out in net one over par 37 but came home in 34 with the help of a two-putt net eagle on the 352-yard par five 13th hole.

“I’m pretty chuffed,” she said. “I’ve loved Pitlochry. We’ve been there a couple of times for away weekends and have always enjoyed it. It’s a lovely place. The scenery is incredible.

“I played well. I knew I was keeping up with my handicap but I was a bit surprised to find out I had won.

“I think I will have to book a practice round at The Duke’s because I’ve never played there before.”

The Medal Final North event at Pitlochry was the fourth of six regional qualifiers for this year’s popular Scottish Golf Medal Finals competition. There will now be a short hiatus before the Medal Final South is played at Eyemouth on Friday 2 July and the Medal Final Central 2 is staged at Balbirnie Park on Friday 23 July.

A total of 36 men and 36 women will earn places in the Grand Final at the Home of Golf on 15 August.