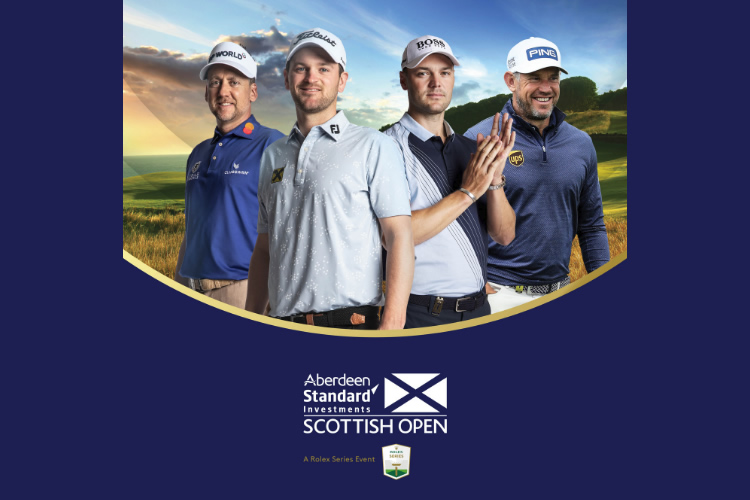 Bernd Wiesberger will be joined by fellow Rolex Series winner Lee Westwood, Major champion Martin Kaymer and Ryder Cup legend Ian Poulter, when he returns to defend his Aberdeen Standard Investments Scottish Open title at the Renaissance Club on October 1-4, 2020. Wiesberger and Westwood will both be vying for a third Rolex Series victory when they tee it up at the rescheduled event in Scotland, the Home of Golf.

Wiesberger said: “The win at the Aberdeen Standard Investments Scottish Open was a big part of a great year for me, and I’m excited to get back to The Renaissance Club. Things will be a bit different this year as we continue the return to golf, but I’ve always enjoyed playing in Scotland, and to stand on the 18th green with the trophy at the end of the week last year was very special, particularly after digging  in to win in a play-off.

“I appreciated every win last season and was happy to be playing some great golf after missing out on these big events through injury the previous year, and successfully defending my title in Scotland is right up there amongst my goals for 2020.”

Former World Number One Westwood captured his 25th European Tour title – and his second on the Rolex Series – when he got his 2020 season off to a flying start with victory at the Abu Dhabi HSBC Championship presented by EGA in January. He will be joined in the field by two-time Major Champion and fellow Scottish Open winner Kaymer. Another former World Number One, Kaymer clinched the title at Scotland’s national open in 2009, before going on to claim the US PGA Championship in 2010 and the U.S. Open four years later.

European Ryder Cup hero Poulter is also set to tee it up in East Lothian once again, with the man known as “The Postman” because he always delivers in golf’s greatest team event, set to make his 16th appearance in Scotland’s national open. The Englishman’s 12 European Tour victories include two World Golf Championships, and he would be aiming for a first Aberdeen Standard Investments Scottish Open title.

The Aberdeen Standard Investments Scottish Open will be the second Rolex Series event on the reshaped 2020 Race to Dubai, and the first since the resumption of the season.  It takes place for the second consecutive year at The Renaissance Club – which was founded in 2008 and nestles on 300 picturesque acres along the Firth of Forth.