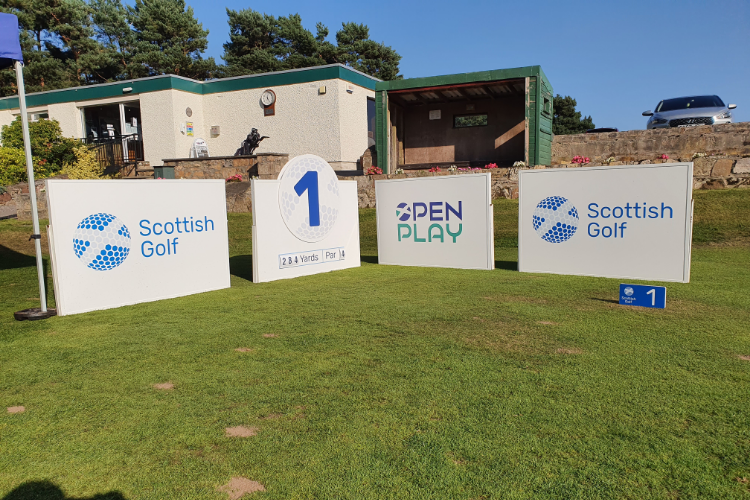 The Scottish Women’s County Finals get underway this Friday (27 August) with Perth & Kinross representing the North Division, Midlothian the East and Dunbartonshire & Argyll the West in the three-day competition.

There is no South Division representative this year because they were unable to play their qualifier due to Covid-19 but the Northern Counties are supplying an unofficial team in order to keep the traditional round robin format going.

The course at Forres Golf Club is a delightful par-70 parkland layout designed by former Open Champions James Braid and Willie Park which over the years has hosted a series of prestigious events including the Scottish Professional Championship, the Northern Open and the Scottish Young Professionals Championship.

“Everyone at Forres Golf Club is delighted to be hosting one of Scottish Golf’s annual Championships. We have hosted a number of prestigious events over the years and we hope that this will be the beginning of many more returning to our golf club in the future.

It is a privilege to welcome some of the best county players from across the country to our golf club over the coming days. I am sure the ladies will find a course presented in fantastic condition, as it has been throughout the entire season, which is a testimony to our hard working greens team who have continued to deliver such a high standard against the backdrop of  COVID-19 and the dramatic increase in the number of golfers who are playing our golf course on a daily basis.

Each day involves three foursomes in the morning and six singles in the afternoon. The team with the most points at the end of the three-day competition will be declared the winner.