Scott Secures a Place in the Last Four 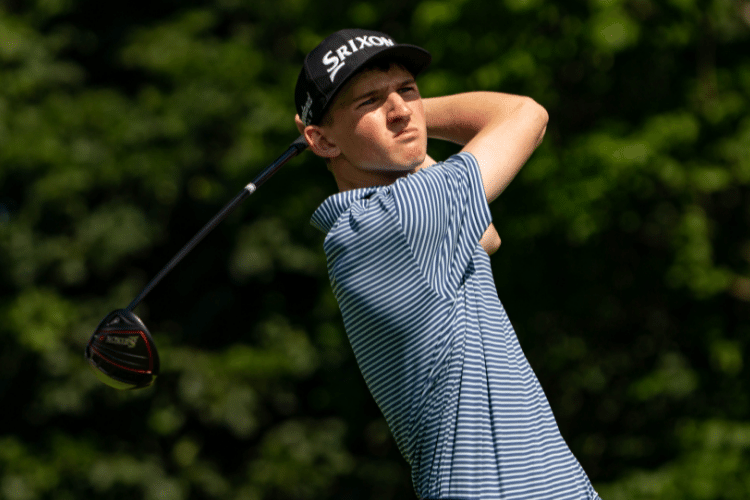 Calum Scott had to battle hard to book his place in the semi-finals of the Scottish Boys’ Amateur Championship at Bruntsfield Links in Edinburgh.

The Nairn teenager beat The Berkshire’s Charlie Roper 4 & 2 in the third round but then had to come from behind to defeat Bothwell Castle’s Callum Waugh by one hole in a tight semi-final match.

Waugh had beaten number one seed Gregor Graham 4 & 3 in the morning and got off to a fast start by winning the opening hole of his match against the more experienced Scott. He was two up through 12 holes before Scott turned things around with wins on the 12th, 13th and 15th and then parred the last three holes to secure his narrow win.

“I felt good,” said Scott, who last month reached the quarter-finals of The Amateur Championship at his home club. “I played well in the morning so I had some confidence going into the afternoon round.

“The wind got up which also worked for me because I grew up on a links course. It was tough but I got the job done.

Scott’s next opponent in the semi-finals will be Archie Finnie from the Royal Burgess Golf Society who beat Gullane’s Harry Bent 3&2 in the morning and followed that up with a 4 & 3 victory over Aamar Saleem from the New Golf Club St Andrews in the afternoon.

Finnie won the opening hole against Saleem and was five up through 13 holes. The Fife youngster pulled one back on the 14th before Finnie secured his place among the last four with a halve on the next hole.

The other semi-final will be contested between Glenbervie’s Ross Laird and Loretto School’s Archie Wyatt.