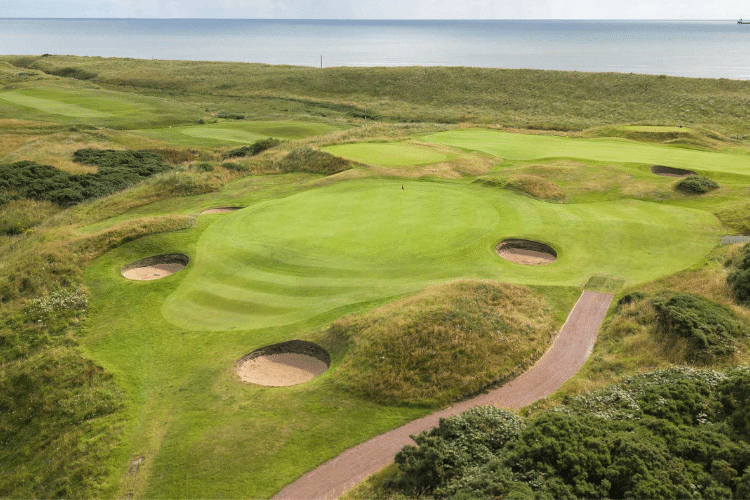 The 2022 Scottish Golf event season is set to get underway this week, kicking off a full calendar of Scottish Golf National Championships for the first time since 2019.

After a Covid-enforced hiatus, the Scottish Boys’ and Girls’ Opens will be making their long-awaited return.

The Boys’ Open will take place at Murcar Links Golf Club from Wednesday 6 April to Friday 8 April while the Girls’ Open will be staged at Irvine Golf Club on the same dates.

Scottish Golf Head of Events, Fraser Munro said, “Everyone at Scottish Golf is delighted to see the 2022 events season get underway this week with the return of the Scottish Boys’ and Girls’ Opens.

“The last two years have been disrupted by Covid and this has meant these two championships have not been played since 2019.  It is therefore fantastic to see two extremely strong fields, and such a high number of entries, including a record number for the Boys’ Open.

“We’re excited to bring our full complement of events around the country during 2022, and we’re sure the two events this week will be a great way to kick things off.”

Players from 12 countries will compete for the Scottish Boys’ Open title, last won by Welshman James Ashfield at West Kilbride in 2019.

This year has seen a record number of entries for the event, with 236 boys entering and with a record low ballot of 1.0, with players as young as 12 making it into the field for the event.

Some of the Scots in the field will have some experience of this week’s host venue, Murcar Links, having hosted the Scottish Men’s Amateur Championship in 2021.  This includes Connor Graham, who at the age of just 14, made the semi-finals in that event.

The last time a Scot won the event was in 2015, when Nairn’s Sandy Scott lifted the trophy, and there will be a host of home talent looking to become the next Scottish winner this week.

The 40 lowest scores over 36 holes, plus ties, will progress to Friday’s final day where a further 36 holes of stroke play will determine the 2022 Scottish Boys’ Open Champion.

A full list of tee times for the opening two rounds can be found here. Scoring from the Scottish Boys’ Open will be available on the same link once play is underway.

The Scottish Girls’ Open will be contested by 141 competitors from 12 countries in this year’s championship at Irvine.

In 2019, it was Scotland’s own Hannah Darling who came out on top at the Eden Course, St Andrews.  Since then, Darling has pushed on further winning last year’s R&A Girls’ Amateur Championship and just last week finishing in a tie for 27th in the Augusta National Women’s Amateur.

The first stage of this year’s Scottish Girls’ Open includes two qualifying rounds of stroke play before the top 60, including ties, progress to the final round of stroke play.

Having never hosted the event, Irvine will be a relatively new venue to most of the field competing this week.

A full list of tee times for the opening two rounds can be found here. Scoring from the Scottish Girls’ Open will be available from the same link once play is underway.

You can also keep up to date on all the action by following Scottish Golf on Twitter, Facebook and Instagram.  Live scoring is also available through the Scottish Golf App.

Ahead of the events getting underway, Scottish Golf Chief Operating Officer, Karin Sharp, added, “Everyone at Scottish Golf is excited to see our 2022 event season get underway with the Scottish Boys’ and Girls’ Opens.

“This week marks the beginning of a busy and exciting season, with our full range of national championships, national club competitions and our new Ping Scottish Open Series all scheduled in the coming weeks and months.

“Good luck to all the competitors taking part this week at Murcar and Irvine in what are sure to be two excellent events.”