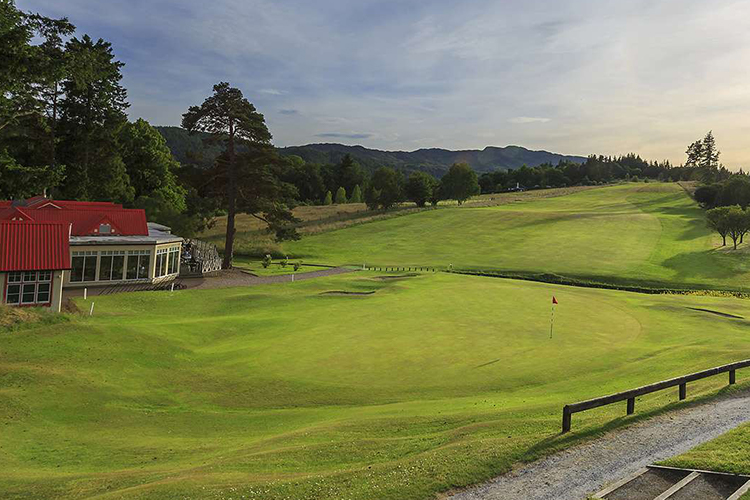 Next Monday (31 May) all eyes will be on the Highlands when competitors in Scottish Golf’s Medal Finals North get the chance to enjoy one of the most scenic courses in Scotland.

The Northern event at Pitlochry is the fourth out of six regional qualifiers for the popular Medal Finals competition and as at the previous three events at Craigmillar Park, Williamwood and Murrayshall the top six men and top six women with the best net scores over 18 holes of stroke play will progress to Scottish Medal Finals Grand Final to be played at The Duke’s, St Andrews, on Sunday 15 August.

Eighteen men and the same number of women have already booked their places in the Grand Final and just under 100 competitors will be looking to do the same over a Pitlochry course which enjoys stunning views over some of the most exhilarating countryside in Scotland.

The Pitlochry course was designed by four-time Open Championship runner-up Willie Fernie in the opening decade of the 20th century and given a makeover by Major Cecil Hutchison in 1920. It measures just 5,700-yards (Par 69) but that does not mean it is easy because many of its fairways are tree-lined and its greens are undulating.

The first three holes are all uphill but the effort it takes to get to that point is more than worthwhile because players are then treated to sweeping views over the Tummel Valley and the mountains beyond.

“We’d like to welcome all the competitors to Pitlochry and hope they all have a great day,” said the club’s Head Professional and Golf Manager, Gary Casey.

“Here at Pitlochry, we like to say golf isn’t just a game… it’s an experience.

“Pitlochry golf course is probably one of the most scenic and most historic courses in the whole of Scotland. Looking down from the 7th tee where Robert the Bruce once camped after retreating from a famous battle in Perth the views are truly stunning.

“Many are lulled into a false sense of security when they first look at the length of the holes on the scorecard but don’t let that fool you,” he added.

“If I was to offer a bit of advice to competitors I’d tell them distance and accuracy off the tee isn’t the key on this course. It’s the players who can hit the greens with their second and third shots who will fare the best around here.”

“We are looking forward to visiting Pitlochry and would like to thank the club for agreeing to host the fourth of our regional qualifying events for our new Medal Finals competition”, said Fraser Munro, Scottish Golf’s Head of Events.

“We’ve all been through some testing times of late so it’s great to see the level of interest in the competition. The first three qualifiers have all been closely contested and I’m sure this latest event at Pitlochry will be the same.”

The new Scottish Medal Finals competition was scheduled to be inaugurated in 2020 but had to be postponed when Covid-19 struck. The lingering effects of the virus mean all of this year’s events must be administered under strict safety guidelines. These guidelines will be reviewed regularly to ensure they align with up-to-date Sportscotland, Scottish Government and Public Health safety requirements. More information about the current guidelines can be found here.

The tournament is also a ground-breaker because for the first time all scores will be registered using the new Scottish Golf App. It provides online hole-by-hole scores from all venues meaning family and friends can get accurate up-to-date information on how competitors are faring during their rounds.

The event at Pitlochry is followed by a brief hiatus before the South Regional Final at Eyemouth on Friday 2 July and then the Central 2 Regional Final at Balbirnie Park on Friday 23 July. By that stage, 36 men and 36 women will have qualified for the inaugural Grand Final at The Duke’s on 15 August.