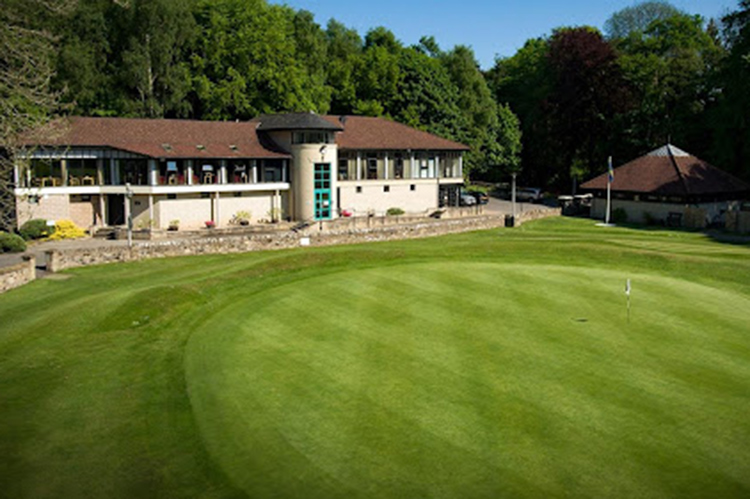 Margaret Johnstone and So Young Kim can look forward to a trip to the Home of Golf after topping the women’s leaderboard in the Scottish Medal Finals Central 2 qualifier at Balbirnie Park Golf Club in Fife.

Johnstone, from Dunfermline, and Kim, from Braehead (Alloa), both shot five under par net rounds of 66 to book their places in the Scottish Medal Finals Grand Final at The Duke’s, St Andrews, on Sunday 15 August.

They will be joined in the Grand Final by Maureen Richardson (Aberdour), Gillian Pettigrew (Kinross), Margaret Kenny (Tillicoultry) and a second Braehead (Alloa) player Kayleigh Caine who all carded four under par net rounds of 67 to claim the four other available qualification places.

Johnstone was awarded first place in the competition on a card countback over the last three holes. Playing off 21 she was a combined two under par for that stretch to pip Kim by two shots.

“It was just one of those days,” she said. “I felt very relaxed and my playing partners were great fun.

“I’d never played the course before and it was one of those cases when ignorance might have been bliss because I didn’t know how difficult some of those blind shots were.

“It was lovely and we all had a great day,” she added. “The Duke’s is very long and very tough. I won’t be going there with any great expectations but I know I’ll enjoy myself.”

The men’s competition at the same venue was won by Pecten Golf Club’s David Webster who carded a four under par 67 to claim a five shot victory over Murrayshall’s Michael Hunter and Derek Ball from Newburgh-on-Ythan. Thomas Grant (Mortonhall), the host club’s Craig Wallace and Jamie Logie (Leven Golfing Society) claimed the four other qualification places at the Grand Final after all shooting three over par rounds of 74.

“It was one of my better days,” said Webster whose playing handicap for the day was 13. “I had a particularly bad round a few days before so I wasn’t expecting too much but in the end, I was pleased with the way I played.

“We took advantage of a practice round and that definitely helped a lot.

“I’ve not played The Duke’s before but I’m looking forward to it already.”

The Scottish Medal Finals Central 2 event at Balbirnie Park was the fifth of five qualifiers for this year’s Grand Final at The Duke’s with the others being staged at Williamwood, Murrayshall, Pitlochry and Eyemouth. Altogether 30 men and the same number of women have qualified to compete at that event on 15 August.