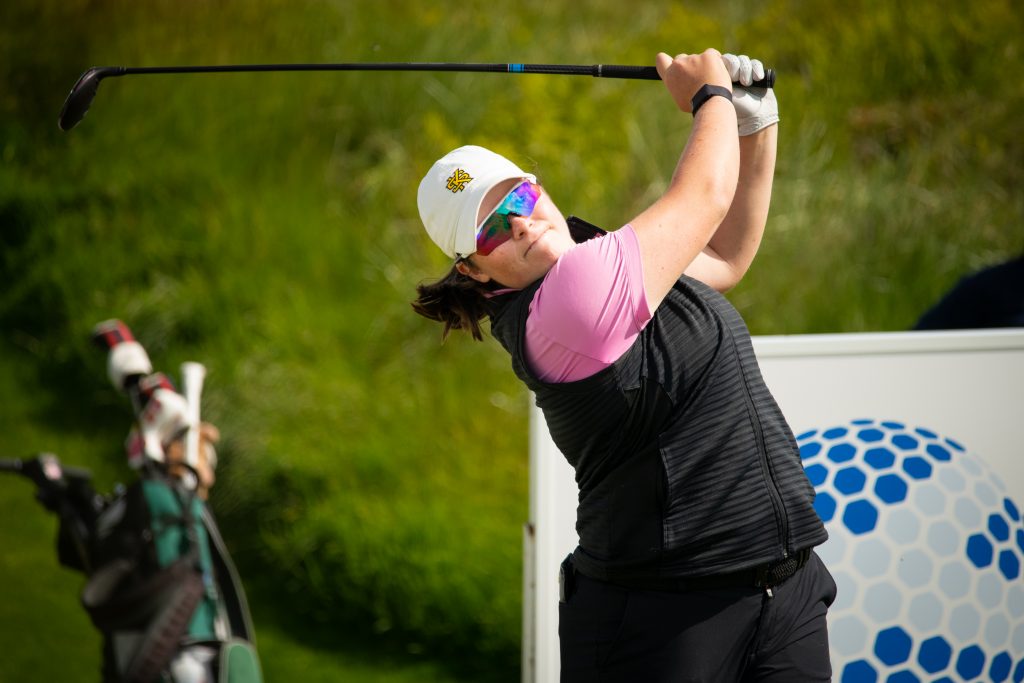 Cameron Neilson fought back from 4down in the Scottish Women’s Amateur Championship final today to claim a stunning victory on the 19th hole against Lorna McClymont at Trump International Golf Links.

Having qualified in 8th place from the strokeplay, Neilson took full advantage of her spot in the matchplay stages, battling through a series of tight matches to reach this afternoon’s final.

In the last-16, Neilson overcame Freya Russell in her first tough match, winning 2&1 to progress, before following that up with a 19th hole victory against Robyn Fowlie, who had knocked out the top seed in the previous round.

In this morning’s semi-final, Neilson came up against Kate McIntosh. In another tight affair, she triumphed 2&1 to set up a final showdown with McClymont.

McClymont, who has been in fine form this year, qualified for the matchplay stages on the number and seeded 14th.  She cruised through her first three matches in the knockout stages, winning each of them on the 15th hole, beating Chloe Goadby, Penelope Brown and Jennifer Saxton.

It was McClymont who started the final quickest, establishing a 2up lead after three holes.  Although Neilson got one back at the 4th, the leads was quickly restored to 2up a hole later.

Wins at the 8th and 10th saw McClymont extend the lead to 4up with just eight holes remaining.

However, Neilson was not ready to give up on this year’s title and started to fight back, winning the 12th and 13th to narrow the gap to just 2up with five to play.

Halves on the next three holes saw Neilson needing to win the final two holes to extend the match to extra holes; and that is exactly what she did.

Heading into the playoff, the momentum was with Neilson and that proved to be crucial as she claimed victory on the 19th hole to be crowned 2022 Scottish Women’s Amateur Champion.

Speaking to Scottish Golf, a delighted Neilson said, “It feels great to win the final, it hasn’t quite sunk in yet.

“I was 4 down quite early on, in my head I was just thinking keep going. I had two really long putts go in which gave me a lot of momentum.  I’d like to say I was very confident (heading to the 19th) but in all honesty I wasn’t, it could have gone either way.

“This win is at the very top, it’s a very proud moment for me.  Winning the Scottish Championship is just unbeatable in my opinion.

“The earlier matches were tough and long and I was down in all of them which really helped me know I can play 17 and 18 really well, that momentum helped carry me through.”

On this week’s venue, Trump International Golf Links, Neilson added, “The golf course was an absolute treat; I couldn’t have asked for a better location. It was long which I think suited my game as well.”

Finishing as runner-up, McClymont can also be proud of her efforts in what was another great week, having also won the 2022 Irish Women’s Amateur Open Championship last month.

In the Clark Rosebowl, the matchplay held between players finishing from 17th to 32nd in the strokeplay qualifying, Irvine’s Luisa Gibson Jnr beat Nairn’s Carrine Taylor in the final 2&1.  Despite losing the opening hole of the final, Gibson Jnr got herself ahead by the 8th and sealed the match with a half on the 16th.

Full matchplay results from the Scottish Women’s Amateur can be found here.