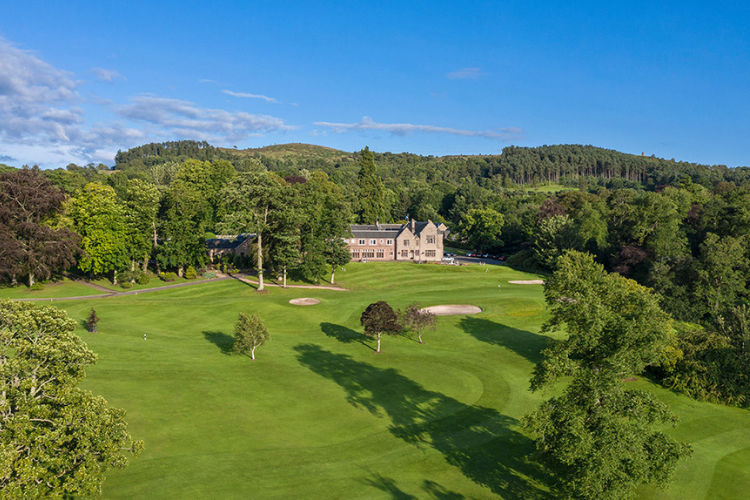 Over 100 Scottish club golfers will be looking to book a trip to the Home of Golf when they compete in this Sunday’s Scottish Medal Finals Central 1 event at the picturesque Murrayshall Country House Hotel and Golf Club in Perthshire.

It is the third of six regional finals in this popular new mixed club competition with the six men and six women who post the lowest net score over 18 holes of stroke play all qualifying for the Scottish Medal Finals Grand Final to be played over The Duke’s, St Andrews, on Sunday 15 August.
The first two regional qualifiers at Craigmillar Park in Edinburgh and Williamwood in Glasgow both produced dramatic finales and it is likely to be the same again at Murrayshall which sits on rolling terrain close to the historic town of Scone where Scottish kings used to be crowned and where the Stone of Destiny was housed for nearly 500 years before being taken to Westminster Abbey in 1296 and then returned to Edinburgh 700 years later in 1996.

The testing 6,411-yard par-73 Murrayshall course features a series of memorable holes and none more so than the treacherous 199-yard par-3 18th which could prove to be a real card-wrecker for competitors with out-of-bounds running all the way down the left-hand side of the fairway and the green protected by large bunkers and a stream to the rear.

Murrayshall has recently applied for planning permission to upgrade many of the facilities on its 365-acre site with a view to enhancing its reputation as one of the best resorts in Scotland.

“We are currently in talks with contractors so that work can begin as soon as permission is granted,” confirmed General Manager, Gary Silcock. “The initial focus will be on the golf and health club elements of the development, swiftly followed by the lodges and glamping pods, finishing with the residential dwellings.”

“Our golf team has worked incredibly hard over the winter months to maintain and improve the look and playability of our golf courses and the proposed development of Murrayshall marks the advent of an exciting new chapter,” he added.

“With the expansion of the PGA professional team, the creation of the academy area and the addition of a state-of-the-art Toptracer powered driving range facility, Murrayshall is on track to being able to boast the best range in Perthshire and become the go-to facility in the region.”

These are exciting times for everyone involved at Murrayshall as they await the arrival of competitors in the Scottish Golf Medal Finals Central 1 event.

“We are delighted to be chosen as host for this event, especially after its postponement in 2020,” said Head of Golf, Clarke Lutton. “We are making some exciting changes to bring Murrayshall to the forefront of golf and we hope competitors enjoy the challenge of the newly-shaped greens which our green staff completed over the winter.”

The new Scottish Medal Finals competition was scheduled to be inaugurated in 2020 but had to be postponed when COVID-19 struck. The lingering effects of the virus mean all of this year’s events must be administered under strict safety guidelines. These guidelines will be reviewed regularly to ensure they align with up-to-date sportscotland, Scottish Government and Public Health safety requirements. More information about the current guidelines can be found here.

The tournament is also a ground-breaker because for the first time all scores will be registered using the new Scottish Golf App. It provides online hole-by-hole scores from all venues meaning family and friends can get accurate up-to-date information on how competitors are faring during their rounds.