Moffat Bounces Back from Injury to Share the Lead at Aberdour 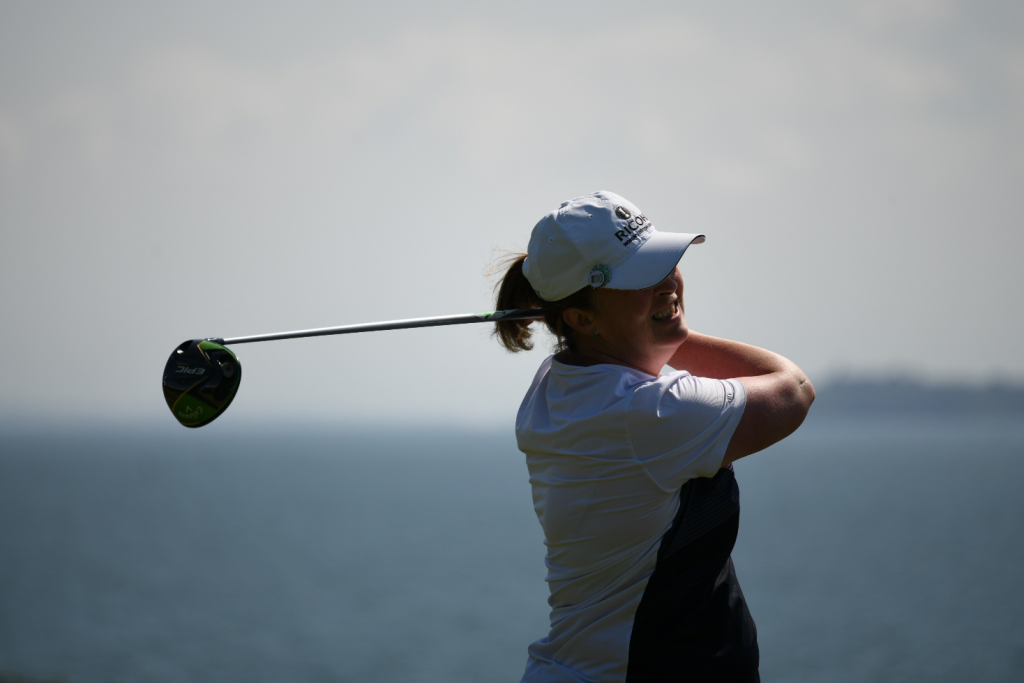 Elaine Moffat got the defence of her title off to a promising start by sharing the lead after the first round of the Scottish Senior Women’s Open at Aberdour.

Moffat, from the St Regulus Ladies club in St Andrews, carded a six over par 75 to go into the second round of stroke play tied with Crail’s Aileen Baker and Ruth Hunter from Lanark and her performance was all-the-more impressive because just two weeks ago she was injured by two dogs on the beach and struggled to walk for a while.

“I’m a bit surprised to have a share of the lead because I didn’t get the prep I wanted,” admitted Moffat, who won both the stroke play and match play titles the last time this championship was played, at Edzell back in 2019.

“Just over two weeks ago, I got hit by two dogs on the beach and injured my leg quite badly. I couldn’t walk for a good week or so. I went to the chiro and got realigned but that was my practice out the window. I had to adapt and re-think everything.

“It hasn’t been ideal for any of us,” she added. “It has been a long time since we’ve competed at this sort of level so hasn’t been easy.

I felt a mixture of elation and absolutely nerves and I think a few of us felt a bit like that. We’re so excited but not used to being in this position after being out for so long.”

A total of 13 players go into the final round of stroke play within four shots of the lead. Iona McKean (Ladybank), Lorna McKinlay (Dunnikier Park), Linda Allan (Glenbervie) and Susie Macleod all share eighth place 78 while Anne Hanson (Turnhouse) and Wendy Nicholson (Baberton) are on 79.

The second round of stroke play is staged tomorrow with the top 16 qualifiers progressing to the match play stage of the competition. There is also a separate match play competition for the next 16 net qualifiers.