Hannah Sets Her Sights on More Glory at Gullane 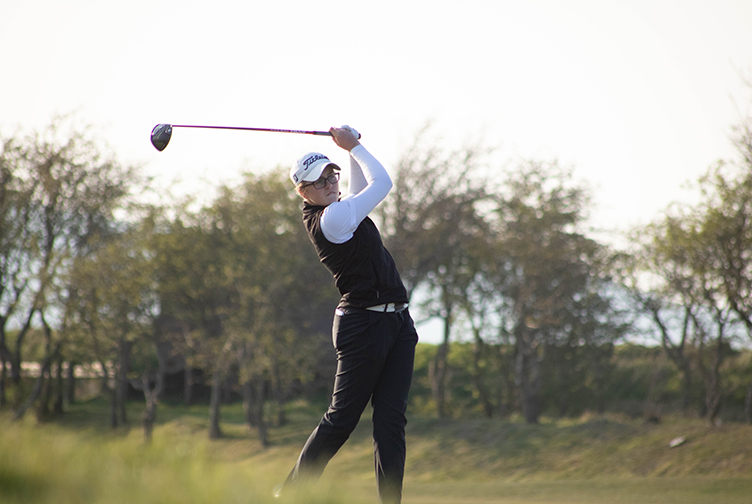 Hannah Darling will be bidding to claim her second piece of silverware in the space of seven days when she tees up in this week’s Scottish Women’s Amateur Championship at Gullane.

The 17-year-old from Broomieknowe, who is also a member at Gullane, won the St Rule Trophy at St Andrews last weekend and will now be targeting her first home national women’s title when the championship gets underway with the first of two stroke play qualifying rounds on June 3.

Darling first hit the headlines back in 2017 when at the age of just 13 she became the youngest ever winner of the Scottish Girls’ Championship. She went on to defend the title the following year and to win the inaugural R&A Girls’ Under-16 Championship at Fulford before representing Europe in the Junior Solheim Cup team at Gleneagles in 2019.

The new St Rule champion headed straight back to school after her win in St Andrews to sit three sixth-year school exams at Lasswade High School.

“I have a sociology exam tomorrow then one on Tuesday and another one on Thursday,” she explained.

“These are my last three exams so I can now give them everything then go into both the Scottish Women’s and the British Women’s with some momentum.”

Darling will start among the favourites at Gullane, but she certainly will not have things all her way in a strong field which includes 2015 champion Clara Young (North Berwick) and Lorna McClymont (Milngavie) who finished second and third at the St Rule Trophy.

Also in the field are Chloe Goadby (St Regulus), Hazel MacGarvie (Royal Troon) and Shannon McWilliam (Aboyne) who were named alongside Darling in the provisional GB & I Curtis Cup squad for this year’s match in Wales.

Goadby will be hoping to go one better than in 2019 when she lost by one hole in the final to Aboyne’s Kimberley Beveridge.

“Last weekend’s Scottish Men’s Open at Southerness was a tremendous success and the stage is set for another great championship at Gullane,” said Scottish Golf’s Head of Events, Fraser Munro.

“The Scottish Women’s Amateur always provides great drama and the fact it is to be played at Gullane will surely bring the cream to the top.

“We’re extremely fortunate to be able to stage our events at such terrific venues like Southerness and Gullane and we thank the clubs for allowing us to use their facilities at such a busy time of the year,” he added.

Gullane is widely regarded as one of Scotland’s premier championship venues and has staged the Scottish Women’s Amateur Championship on seven previous occasions stretching all the way back to 1908.

The last time the championship was hosted by the East Lothian club was in 1994 when Catriona Matthew won for what was the third time in four years. The former British Women’s Open champion and Solheim Cup captain is now an honorary member of the club.

Gullane has recently opened a new driving range, a world-class new short game practice area and has and redeveloped its visitors’ clubhouse.

“We’d like to welcome all the competitors to the Scottish Women’s Amateur Championship,” said Alasdair Good, Gullane’s Head PGA Professional.

“With a rich history of hosting championships, we are delighted to be staging the event, highlighting our commitment to women’s golf at Gullane.

“With so many very talented golfers in the field, we expect a keenly-fought event on two testing courses that will both present a challenge for these top players.

“I know Hannah is looking forward to it,” he added. “She has been making great use of our new driving range and short-game facilities to prepare for all her upcoming events.”

This year’s Scottish Women’s Amateur Championship takes place on 3-6 June with the leading 16 competitors from two rounds of stroke play on Gullane No 1 and No 2 progressing to the match play stage on Gullane No. 1. The next 16 players from the stroke play stage qualify for a second flight.

COVID-19 means this year’s championship will be administered under strict safety guidelines. More information about the current rules can be found here.