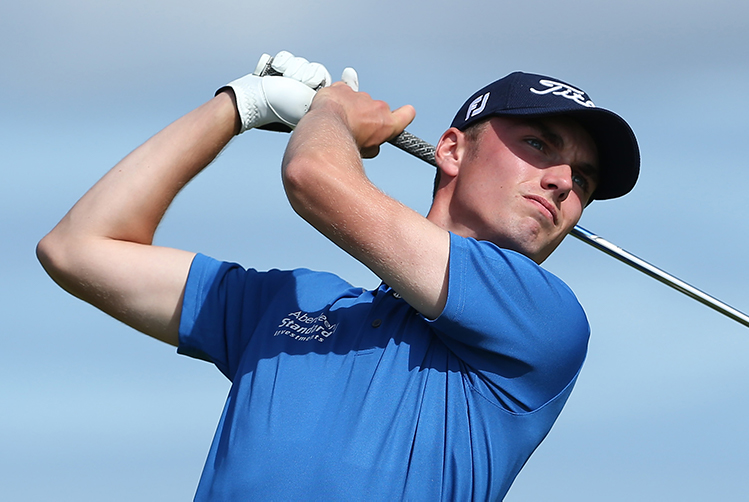 The Great Britain & Ireland boys team to face the Continent of Europe in the Jacques Léglise Trophy at Falsterbo Golf Club, Sweden from 27–28 August has been announced and includes five Scottish players in the team of nine.

Scotland’s Cameron Adam has been appointed as playing Captain of the side, with the team being managed by Chris King. The side is aiming to win back the trophy after losing at Aldeburgh in 2019.

Adam said, “It is a great honour to be named as Captain of Great Britain and Ireland and I am very much looking forward to leading the team against the Continent of Europe as we aim to win back the trophy.

“We know that it will be a close match but we have a talented group of players who have delivered excellent results this season and so we are confident of our chances next week.”

Adam featured in the mixed Scotland team which finished runner-up in the R&A Boys’ and Girls’ Home Internationals earlier this month and reached the quarter-finals of the R&A Boys’ Amateur Championship. He won the Faldo Series England North Championship last year and the 2019 Scottish Boys U16 Open Championship at his home course of Royal Burgess.

He is joined by Archie Finnie, also a member of Royal Burgess, who has won the Scottish Boys’ Amateur Championship at Bruntsfield and the Stephen Gallacher Foundation Trophy at Castle Park this year and also played alongside Adam at Woodhall Spa earlier this month.

Ruben Lindsay of Turnberry is a former Scottish Boys’ Amateur champion and last year he won the ProDreamUSA UK Junior Open and Faldo Series Scotland Championship. He finished in the top five at the St Andrews Links Trophy earlier this year.

His compatriot, Daniel Bullen of Auchterarder, reached the semi-finals of the R&A Boys’ Amateur Championship and won the ProDreamUSA Pollok Junior Masters earlier this year. He played for Scotland in the R&A Boys’ and Girls’ Home Internationals this month and was the winner of the England North East Championship in 2020.

The final Scot is 14-year-old Blairgowrie member Connor Graham, who won the Barrie Douglas Scottish Junior Masters and Paul Lawrie Foundation Junior Jug this season, as well as clinching a runner-up spot in the Stephen Gallacher Foundation Trophy and was a semi-finalist in the Scottish Men’s Amateur Championship.

Clare Queen, Scottish Golf Head of Performance said: “It’s exciting for golf in Scotland to have five boys selected for the Jacques Léglise Trophy team and also to have Cameron chosen as the playing captain. From seeing him in action with Scotland I know he will be a great leader on and off the course and I wish the whole GB&I team the best of luck.”

GB&I last won the match in 2018 at Kytäjä Golf, Finland thanks to a 15½-9½ triumph, with the Continent of Europe winning the previous two matches at Ballybunion and Prince’s.

Since the Jacques Léglise Trophy was first contested in 1958, GB&I has won 29 matches overall with the Continent of Europe claiming 13 victories with one match tied.