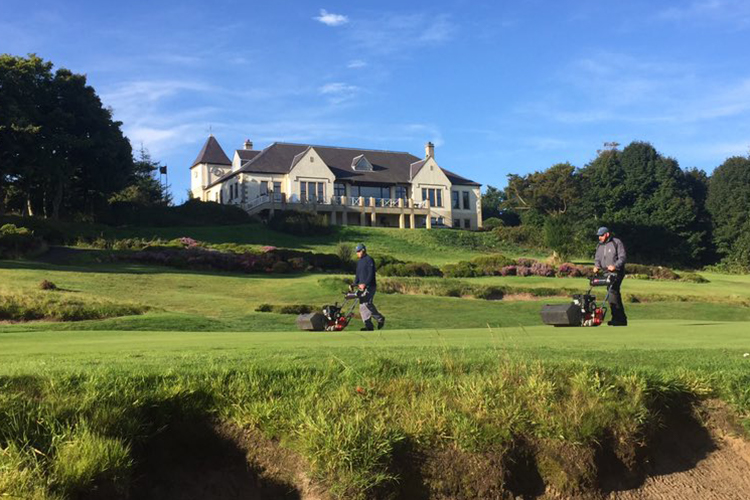 75 Scottish club golfers will be competing for two prestigious national titles when the inaugural Scottish Medal Finals Grand Final is staged at The Duke’s, St Andrews, this Sunday.

The men and women finalists have already battled through one of six qualifiers at Craigmillar Park, Williamwood, Murrayshall, Pitlochry, Eyemouth and Balbirnie Park and will be competing separately to be crowned as champions of an event which has caught the imagination of a nation.

The first Scottish Medal Finals was due to be staged in 2020 but the fact it had to be postponed for a year because of Covid-19 has done nothing to diminish its popularity.

Almost 600 golfers from 187 clubs around the country took part in this year’s six qualifiers and now the 75 who are left will play 18-holes of net strokeplay to decide which man and woman will become the first Scottish national club champions of the year.

Kevin Mitchell (Tantallon), Paddy Cuthbertson (Milngavie), Bill Liversidge (Lumphanan), Andrew Thom (Ballater), Derrick Hay (Haddington) and David Webster (Pecten) all won one of the regional qualifiers and will all be at The Duke’s battling it out for the men’s prize.

They will be joined by women’s qualifier winners Seline Stewart (Musselburgh), Sara McCorkell (Williamwood), Shaeen Ahmad (Balmore), Joanne McCloskey (Kippie Lodge, below) and Margaret Johnstone (Dunfermline) who will start among the favourites to win the women’s prize.

The Duke’s course is owned by the world-renowned Old Course Hotel, Golf Resort & Spa. It is the only Scottish Heathland course at the Home of Golf and enjoys a panoramic setting overlooking St Andrews town. The golf course also meanders its way around one of Scotland’s oldest estates which adds to its visual charm.

The end result is a big, bold lay-out which provides a marvellous test of golf and has hosted several major amateur events including the 2003 Scottish Men’s Amateur, the 2008 and 2019 Scottish Men’s Open and the 2014 European Amateur Championship

“We love to see such tournaments at The Duke’s and to see our golf course tested,” said The Duke’s Manager, Ayden Roberts-Jones. “We can’t wait for the day and we wish all the competitors the very best.”

“The inaugural Scottish Medal Finals has been an outstanding success and we look forward to welcoming all the competitors to the Grand Final at The Duke’s,” said Scottish Golf’s Head of Events, Fraser Munro.

“It promises to be a marvellous occasion and I’d like to thank The Duke’s for agreeing to stage the inaugural Grand Final. It is a fitting venue for such a prestigious event and one that I’m sure all the competitors will enjoy.

“Dates and venues for next year’s competition are already on the Scottish Golf website and app and we envisage it will attract even more interest than this year.

The acclaimed Scottish Golf App will provide online hole-by-hole scores from The Duke’s enabling family and friends to obtain live information on how competitors are faring as soon as play gets underway at The Duke’s at 9am on Sunday morning.