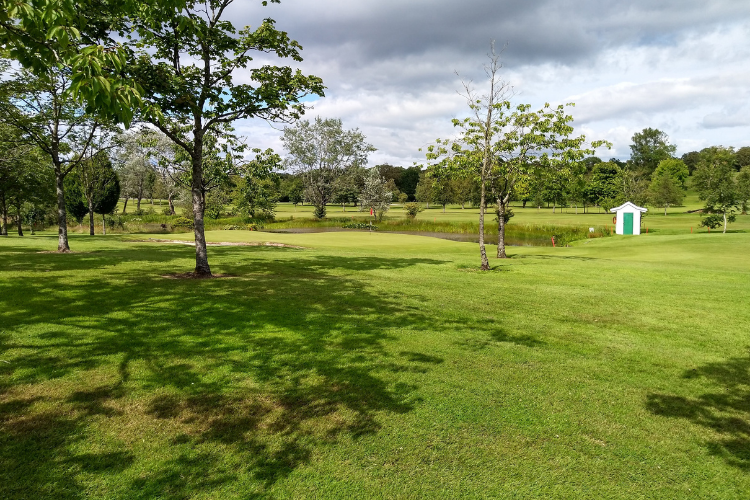 A full field of 156 club golfers have signed up to play in this week’s Scottish Medal Final West at the popular Williamwood Golf Club in Glasgow.

It is the second of six regional qualifiers for this new Scottish Golf tournament with the top six men and top six women at each event earning the right to tee up in the Scottish Medal Finals Grand Final to be played at The Duke’s, St Andrews, on Sunday 15 August.

The event at Williamwood comes hard on the heels of last week’s Scottish Medal Final East tournament at Craigmillar Park in Edinburgh in which the first 12 qualifiers booked their places in the Grand Final at the Home of Golf.

That event proved to be a spectacular success with Tantallon’s Kevin Mitchell and Craigielaw’s John Cochrane topping the men’s leaderboard with net five under par rounds of 65 and Lochend’s Jennifer Somerville and Musselburgh’s Seline Stewart winning the women’s event after carding three under par scores of 69.

Plus one handicapper Mitchell also shot the best gross score of the day with a superb round of 64 featuring a back nine of four under par 31.

“Last week’s event at Craigmillar Park provided the best possible start to the Regional Finals and we expect more of the same at Williamwood,” said Scottish Golf’s Head of Events, Fraser Munro.

“The club has been massively supportive of the Scottish Medal Finals competition and it is terrific to see they have been rewarded with such a large field.

“The whole event seems to have struck a chord with Scottish Club golfers,” he added. “We expect that well over 700 players will take part in the six Regional Qualifiers which is remarkable given the disruption caused by Covid-19 since the start of last year.”

Williamwood is situated in 92 acres of rolling parkland in the southern suburbs of Glasgow and its James Braid course will provide an excellent test for the assembled competitors. They can also expect a warm welcome at what is one of Glasgow’s premier clubs.

“We are delighted to be able to host this year’s Scottish Medal Final West event”, said Club Secretary Diane Dryden. “We were expecting to host the tournament in 2020 before Covid-19 intervened and so we are thrilled to be able to carry this over into 2021.

“All the staff at Williamwood look forward to welcoming the field later this week and we hope they will all enjoy both our course and our hospitality.”

This year’s Scottish Medal Finals competition is a ground-breaker because for the first time all scores at the Regional Finals and the Grand Final will be registered using the Scottish Golf App. That means hole-by-hole scores will be available for all to see at all seven events on the schedule.