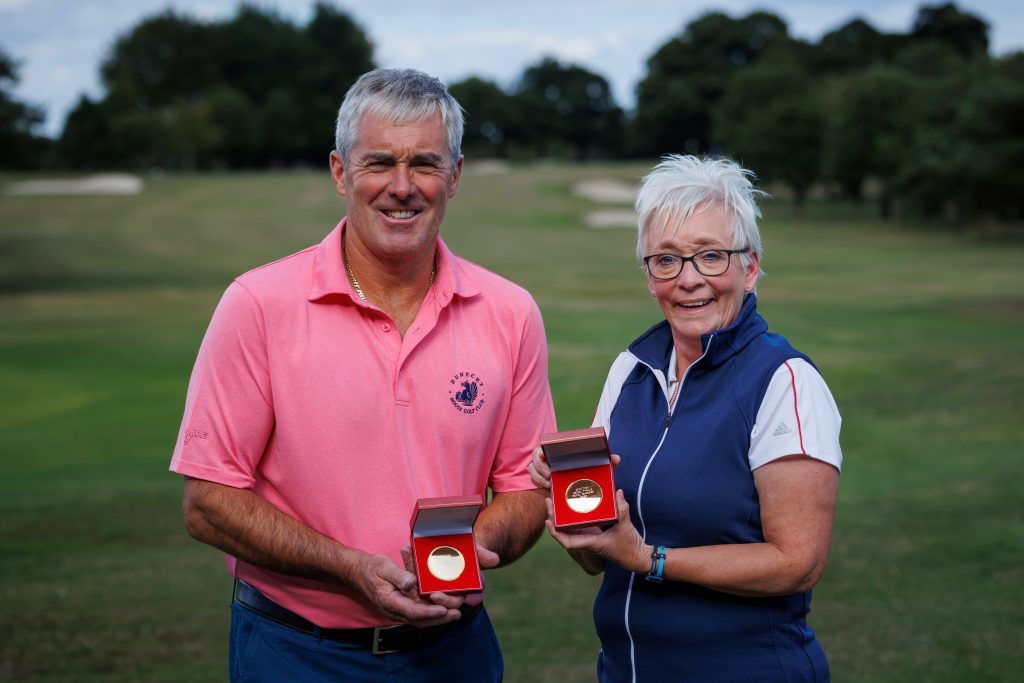 Conditions couldn’t have been more favourable at the second Scottish Golf Medals Grand Final at Royal Burgess on Sunday 21 August. Following a series of regional qualifiers, 71 finalists battled it out at the Edinburgh club for the championship.

In the end, Anne Armstrong from Hayston Golf Cub and Keith Paterson from Dunecht House Golf Club were crowned as Scottish Golf’s champion club golfers of the year for 2022.

It was a strong field of golfers from all over Scotland, so the pair had to produce some stellar golf to win the gold.

Armstrong came in with an impressive 5-under in the women’s section, with a consistent back nine that saw a birdie on the 13th, and pars on the 15th and 16th. She carded a total of 91, putting her eight shots ahead of the silver medallist.

Coming in as silver medalists were Adam Middlemas of Hawick (-2, 69) and Margaret Kenny of Tillicoultry (-1, 72) and scooping bronze were Barry B Stevenson of Strathaven and Anne Laird of Longniddry Golf Club.

Special mention goes to Isla Johnston of Pitlochry, who made the grand final at just age 14. And Valerie Crawford, of East Renfrewshire, who won 5th Prize overall but carded an impressive 40 from the front nine, consisting of two birdies and pars on the 2nd, 3rd, 5th and 6th holes.

This event – in its current format – is in its second year and we are delighted with its success. A special thank you of course to our regional host venues – Tulliallan, West Lothian, Boat of Garten, Hawick and Ratho Park, and of course to Royal Burgess for providing such an excellent final course. To all the participants, thank you for support of this event – it is an excellent showcase for club golf and one that we hope to run for years to come.’

Following the golf, the finalists were treated to a lunch in the grand dining hall at Royal Burgess, where they were presented with their Medals, and PING prizes, including putters, cart bags, holdalls and umbrellas.